I know I said that I would have the third installment of mystery authors that have witnessed murder, outside of police, investigator, and military, but I’m still waiting for some people to respond to my survey. It seems not many people have witnessed an actual murder, then added it to their mysteries, or even began to write mysteries. 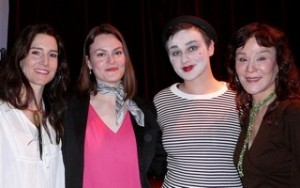 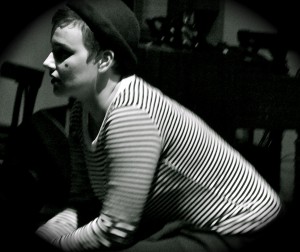 A mime, played by Danielle Gray, meets a distraught CEO of an internet company, Ever Lasting Love Dating service, played by Ellen Dunphy. It reminds me of a quote from my fellow International Centre for Women Playwrights comrade, Barbara Blatner, “Silence is as fascinating as language, methinks.” 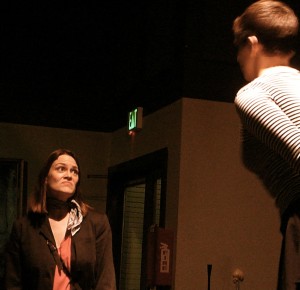 Does anyone see theatre or movies with/about mimes anymore? There silence is rich for the telling. In the world of noise, working a mime into my play was enlightening and rewarding.

Livius Andronicus Latin adaptations of Greek plays in 230 BC (Rome),  were more lyrical in their metrical form, and more impassioned in their tone than the ordinary dialogue parts. In the musical recitation of these Livius seems to have been very successful, however,the exertion being too much for his voice, he introduced the practice in these monodies, or cantica, of placing a slave beside the flute player to recite or chant the words, while he himself went through the appropriate gesticulation. Hence, a mime was born. There is much more to the history. I just wanted to point out how  far back in time this form of acting existed.

The emotions of the mime to the gesticulations of what the mime sees is what attracted me to write this play … not to mention that Danielle was a mime–a performance artist.  What would bring the mime out of her/his silence? What attracts the mime to stay in such a world? Even when abused, the mime stays silent. Yet, it is in that silence, and the ability to act out a story, we find their superiority. Maybe that is the reason some people dislike them. However, I love them, and intend to build my short play into an one act, one hour play about the nature of silence verses the nature of the talker. 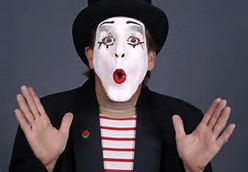