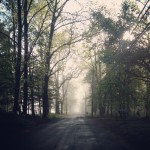 Walking down State Street in Santa Barbara, a desire to write another short story nagged my imagination. I had begun another novel, a dark psychological novel that subdued me for weeks. I needed a breath of fresh air, and my imagination needed to explore another short-story avenue. Can’t stay submerged in one writing arena for too long, I get anxious, restless to wander.

I studied items in the Fine Arts Museum shop window: books, jewelery, posters, toys, models of sculptures. Yes, a full window. Maybe I should write about something I see in the store, I thought. That would be new. Although I’m never lost for ideas, I wanted to write something different than my usual mystery. I wanted to practice writing something “out-of-the-box” for me. Although I tend to be very diverse, and many a critique has felt less than positive about the multiplicity, I wanted to stretch myself–like an artist does when doing a series of pieces and studying dimensionality.

I then decided I would take pictures of the items that most caught my eye, pick one to write about, and take you along for the ride.

Here they are as I photographed them: (Which one do you think I chose?)

One of my favorite cartoons as a young kid. 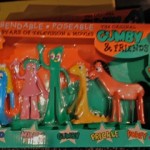 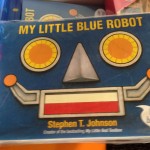 Love robots (Robbie the Robot being my first from Lost In Space.)

Psychologically who doesn’t feel this way at times?

Photography makes the picture. Love it.

Ah, that gruesome side of humanity, the darkness, the depth, and the dead.

I came home and downloaded the pictures. I studied them and how I felt about each of them. Where did the story lie? I decided right-off that it wasn’t in the pretty dress … didn’t tickle my fancy enough. And “The Scream”–too psychological for me. Easier to write, not out-of-the-box enough for a wayward story. Beard and photography … I would save that for a later date. The front-cover picture unfolded its own story, and I wanted nothing to suggest the person, profession, or timeline of the tale. Darkness, depth, depression, and death–all in my new book–needed to get away from that. Okay, I was left with the robot, and the cartoon. Which would be the hardest to write? I had already imagined and started notes for “The Archivist”, A sci-fi story that takes place in the distant future. But I had stopped it dead in it’s over-worded tracks. Hmm, yes, I went with Gumby. I haven’t the foggiest clue where the Gunby team will take me, but we’re meandering the road together headed into a new light. I’ll need to noodle it around in my brain, in fits and starts, day and night, pieces floating through an untouched abyss until they meet and form.

To be continued … dreams, ideas, and characters