Liar, Liar, World on Fire–confusion and rage, from the lies you told today

WHY DO WE LIE?

A Journal of Basic and Applied Psychology study found that 60% of people lied at least once during a 10-minute conversation with a stranger—so perhaps we lie more when talking to someone we don’t know than someone who knows us and might see through our deception. According to psychologist Robert Feldman, the impulse to lie may also have a lot to do with our self-esteem, saying that, “We find that as soon as people feel that their self-esteem is threatened, they immediately begin to lie at higher levels.”

WHAT CAN MAKE THE LIE SO EASY?

From a study published in Nature Neuroscience, Tali Sharot from the department of experimental psychology at University College London and her colleagues devised a clever study to test people’s dishonest tendencies while scanning their brains in an fMRI machine.

They found that when people were dishonest, activity in a part of the brain called the amygdala—the hub of emotional processing and arousal—changed. With each scenario, the more dishonestly the participant advised his partner, the less activated the amygdala was on the fMRI. That may be because lying triggers emotional arousal and activates the amygdala, but with each additional lie, the arousal and conflict of telling an untruth diminishes, making it easier to lie. Sharot also found that the amygdala became less active mostly when people lied to benefit themselves. In other words, self-interest seems to fuel dishonesty.

HOW DO LIES FOOL THE MASSES?

“It’s easier to fool people than to convince them that they have been fooled.” Mark Twain 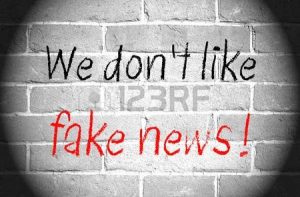 Do those words ring true in the present situation? Are we not constantly kept in a dance of wonderment? What is the true story? How do liars deceive us?

Denial, the action of declaring something to be untrue (weather it is or is not) is a major way in which the lie grabs hold of the masses and forces them to wonder: what is the truth?  This is prevalent in our current political situation.

Denial is usually a combination of the following assertions: I don’t want to prejudge any case that might come before the court. Precedent is important. Nothing I said before now applies.  My personal views, if I should happen to have any, which I probably don’t, would never enter into my rulings (as Supreme Court Justice).. (minimizing)

So John Roberts deflected questions about abortion …“That was a statement that I made at a prior period of time when I was performing a different role,” he said, and “when someone becomes a judge, you really have to put aside the things you did as a lawyer at prior points in your legal career and think about legal issues the way a judge thinks about legal issues.” So no problem. (rationalizing)

When Republican nominees perform this absurd charade, the Democratic senators inevitably find it maddening, since everyone knows how full of it the nominee is. So the senators try to ask the question a dozen different ways to see if they can come up with a key that will unlock the truth, and they inevitably fail.

What we do know is that whoever gets the nomination, he’ll be a vote to overturn Roe. No matter how much he tries to deny it.

And he will be an expert in making us wonder, giving us cause to pause and even believe that denial. If that person is clever enough, and the issue is not as prominent as Roe vrs. Wade, he or she may be protecting, through denial, his or her’s real truth. Then the statement is not only that Democracy dies in darkness, but now that Democracy dies in the darkness of denial.

In my next article, I will discuss other ways in which lies succeeds in undermining our own beliefs.