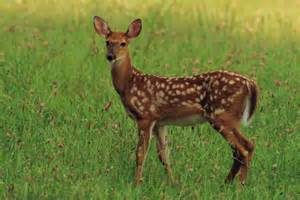 There is no question that creative inspiration is feminine – which is not to say that only women can be creative. Men and women alike have both masculine and feminine energies within, and the harmonious integration or of these is the goal of both Jungian psychology and most Eastern spiritual practices. So much of the Masculine is about pushing out into action, about competing; but sometimes what we have to do requires moving inwards, embracing uncertainty and allowing more time to really open up to what is possible. Inspiration is something which must be received. It can’t be manufactured or called up on demand. And receptivity is the essence of the Feminine.

The Feminine is very much in touch with feelings. She is connected to the body. Intuition and “knowing” are received through subtle feelings in the body. The Feminine archetype is fluid, supple, flexibile, flowing. If that sounds like a description of a dance, it is. There has to be a dance between the Feminine and Masculine archetypes and the traits inherent in those. To plan, to execute, to do, to act, to accomplish – these are the gifts of the Masculine. But the Feminine is the abundant capacity to open, energize and shine light, beauty, and replenishment upon all within her field.

The Feminine Archetype is cloaked in mystery and so is often misunderstood. Emotions are volatile by nature. She brings not only inspiration, but also transformation and initiation. Creativity has a light side, and also a dark side. A full range of expression includes both. Initiation is sometimes painful. When we limit what we believe is “acceptable expression” a lot of what needs to get expressed it comes out destructively. In both business and our personal lives, creativity happens in context. Boundaries are set — but when it’s so judged, then it gets bottled up. So this might mean that we believe that we need to keep creativity and the free distribution of ideas cloaked, which eventually leads to the false idea of scarcity.

With technological advances, information is shared left and right, whereas before it was much more difficult. Creativity is the same way — when it’s allowed to flow, it can only stimulate more ideas, more creativity, more business, more abundance, than is the case when you “keep it close to you.” When we allow the flow of creative ideas, it’s more of a generative expression. If we let it out in one way or place, it supports creativity in other areas.

The predominant business mindset is that we have to produce right away. We have to measure, analyze, and quantify outcomes. The values of our contemporary Western culture are steeped in these Masculine concepts. The trajectory towards data and quantification is ever increasing in this “age of acceleration” and digital disruption, and it’s throwing us all out of balance.

Individually and organizationally, suppressing one’s creativity, intuition, vision, and the other traits associated with the Feminine archetype has high costs. Burn-out, less-than-optimal decision-making, putting “blood, sweat and tears” into something that ultimately has no meaning for us personally. Relationships suffer. Collaboration suffers. Judgment is placed on people and their expression — what the “appropriate” expression is, or should be – which leads to fear of expression.

Creative inspiration comes to us unbidden. Often when we’re most relaxed, and exerting the least effort. But also sometimes when we’re confronted with life-changing events. When we’re suddenly shocked into realizing that we have no choice but to let go of trying to control outcomes and just trust the Universe, everything stops for a moment. Unexpectedly an opening appears in the fabric of ordinary experience allowing something new to flow through. I think here of a musician friend who wrote one of his best songs while laying in a hospital bed waiting for his first chemotherapy treatment. In what was possibly the most frightening moment of his life, Mark Karan picked up his guitar and in 15 minutes he’d written Walk Through the Fire. He says he really never knew where that song came from, or how it was channelled through him. He just knew it was a “gift”.

“Hercules, as intellect, must learn to listen. The year he spends following the hind is a training in receptivity. We too must train our minds to follow the inner emotional life, to track the varied movements of our heart without interference, going wherever it takes us.

As psychologist John Welwood writes: “When we first open to our pain, it often feels as though we are bleeding. Yet this kind of emotional bleeding helps awaken the heart, allowing vital energies in us that have become coagulated to circulate again. To let our pain move in this healing way requires awareness, courage, and gentleness – being present with the pain instead of believing scare stories in our mind about where it might take us.”

Hercules carrying the wounded doe on his shoulders is an image of the Masculine warrior uniting his spirit with the vulnerable Feminine. When he runs into Artemis something divine happens. He stammers an explanation. He tells the angry goddess about his pain, his madness, his wife and children, the labors of King Eurytheus. Artemis is moved. Her heart breaks open with sympathy and compassion. She heals the doe and lets the hero complete his labor. She models empathy – which is the divine potency we unleash when we awaken to our feelings. Empathy is the real treasure. During the difficult and transformative years ahead, I suspect we will need a lot of it.”

Psychology plays an important part in most of my short stories –thus the diversity, and comment: “It feels like each story is a different author.” With the completion of my psychological thriller, “Moloch and the Angel,” Dr. Anna Smith, an eclectic, but mainly Jungian shrink , a psychic shrink, encounters a psychic sociopath. The story unfolds through their sessions and her dreams, intuitions, and torments (not to mention some unfinished business of her own). What I like best about this novel is that the reader experiences what Dr. Anna is thinking during the sessions, as well as learns the different facets of being psychic, and how one can detect and protect themselves from psychic drains.

I have studied psych, social work, and people for a long time. I have decided to share what I believe, and some aspects of those psych session, and underlining mythology, psychology, and philosophy.

I’m gong to start with an article my friend, Gail Taras, wrote about the feminine, creativity, and the inner sense of creativity unfolding.

“You can go around me,”
said the Goddess,
twirling on her heels like a bird
darting away,
but just a little away,
“or you can come after me.
This is my forest too,
you can’t pretend I’m not here.”

– Rick Fields The Very Short Sutra on the Meeting of the Buddha and the Goddess http://touchstonesofthesacred.com/buddha-and-the-goddess-by-rick-fields/

In the Greek myth of Hercules, King Eurystheus directs him to capture (without harming) the Ceryneian hind, a red doe sacred to Artemis, Goddess of the Moon. The bronze-footed doe is faster than an arrow. She’s as elusive as any certainty we might seek and as agile and unpredictable as our emotions.

As author Dana Gerhardt tells the story, “the Ceryneian hind is feminine, but has a stag’s antlers, golden ones, symbolizing divine power and receptivity. The antlers are like cosmic antennae into which the Moon Goddess pours her gifts of intuition and inspiration. The doe is a formidable quarry – but also sensitive and vulnerable. One critic has suggested the hind is reminiscent of Sibyls and ancient priestesses who were incapable of issuing prophecies in anything less than a harmonious environment. Their delicate sensibilities required seclusion, being protected from anything unpleasant, harsh or upsetting.

To unfold the sensitive powers of creative inspiration – the Feminine – is what Hercules’ mission is all about. The focused masculine is disadvantaged in the feminine realm. Hercules sees the hind’s antlers sparkling in the sun and starts his chase in high spirits. A year later he is still in pursuit, traveling across Greece, Thrace, Istria and the land of the Hyperboreans. The doe keeps eluding him. She darts away at the first intimation of danger. When finally he sights her at a nearby stream, he is both elated and exasperated. Hercules draws his bow and shoots. “Just a little wound,” he tells himself. He throws the injured doe over his shoulder, relieved at his victory. His joy is short-lived. Just beyond the next grove of trees, he meets the Goddess. Artemis is furious. The hero wilts under her gaze.”

To ignore the Goddess – the Feminine Archetype – is to cut ourselves off from our own creativity. Creativity is an energy. If it’s not moving it gets stuck in the body. When our creativity is under-realized or under-expressed we experience depression and disconnectedness — in both our personal and professional lives. There’s no joy.

Creativity is Self-expression, in which “self” has a capital Jungian S. It’s the most profound expression of Identity. The ultimate goal of being alive is to create and extend our own unique authenticity into the world. In the same way a flower buds and blooms, or a planet forms from the dust of a dying star, it’s the continuous unfolding of the Universe – the expression of, in the words of Kahlil Gibran, “life’s longing for itself.” Aristotle had a word for it – entelechy – the potential for full expression inherent in the seed. Entelechy means having both a personal vision and the ability to actualize that vision from within. But where does the “vision” come from? It’s not a process governed by the intellect. It is the result of desire, dreams, intuition, and emotion – all those slippery things that usually defy analysis.