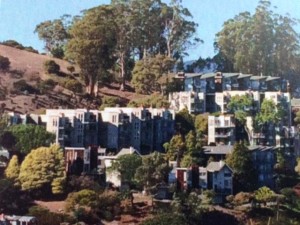 My husband and I live in a 90-unit apartment complex, and you can imagine the goings-on that can happen (and do happen) with approximately 150 people living in close proximity to one another.

Our across-the-hallway neighbor died in his apartment. Alone. He was dead for two weeks before the manager made a “wellness” call. We thought he had gone away on vacation. He went away, all right. When the fireman opened the door to the apartment, the pungent, acrid, decaying, nauseating smell that overtook the hallway, and us, is one I will never forget. The rancid smell was so overpowering that I couldn’t describe it at first. Rotting grapefruits? Rotting citrus mixed with dirt and vomit?

But that wasn’t all: the flies—every size, and shape, and color—escaped (different flies for different stages of decomposition, we were told). The downstairs neighbor suffered the most from the flies—through the kitchen and bathroom exhaust vents they came, maggots, too. It was something out of a horror flick.

Did I say I would never forget the smell, a smell that took a week to diffuse, and lingered after the “cleanup” crew came with, what appeared to be, hazmat suits? As a mystery writer, I would have never before been able to describe the feeling of a dead man’s flesh-eating fly buzzing around my ear, panicked it would land on me. I could never before have been able to describe the smell of death, the stages of the smell of death.

The coroner said they couldn’t release anything to relatives until they’d discovered the cause of his death. Was it suicide? He was depressed, had a limp, couldn’t ride his motorcycle anymore, drank, took his medication, then didn’t take his medication…you’ve heard all this before. Nothing new.

He died of a massive heart attack.

Luckily, many of my stories do not involve describing corpses. I couldn’t now anyway. Tony’s dead body—which I only smelled, along with meeting the flies that covered him—would immediately pop into mind.

What about mystery writers who have witnessed an actual murder? How do they write about it?