In his 1954 Nobel Prize acceptance speech, 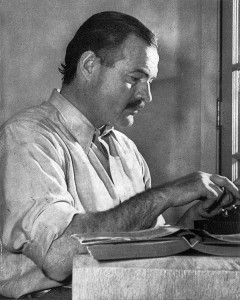 Ernest Hemingway wrote: Writing, at its best, is a lonely life. Organizations for writers palliate the writer’s loneliness but I doubt if they improve his writing. He grows in public stature as he sheds his loneliness and often his work deteriorates. For he does his work alone and if he is a good enough writer he must face eternity, or the lack of it, each day.

In Nathan Crawford’s article for The Guardian, August 2014, he discusses Kay Jamison, professor of psychiatry at Johns Hopkins University, reports that writers are ten to twenty times more likely to suffer from depression than other people. Yet, as Crawford retorts, referencing a scientific study is not necessary to confirm tired speculations that depression occupies that dominancy of thought for those consumed by the written word. All one need to do is look at the history of literature to see that writing and depression is a bitter-sweet relationship as Bailey’s Irish cream is to coffee. 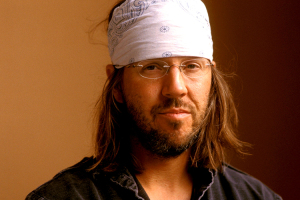 David Foster Wallace, arguably the greatest wordsmith of the last century, committed suicide well before the dusk of his life; whereas Ernest Hemingway, whose father, sister and brother all took their own lives, was practically destined for suicide. In short: High-minded writers seem to occupy the depths of human despair, but why? Writers tend to be an awkward bunch, he adds. I disagree, in part, because many of my writing friends are far from awkward. However, he does continue to state: The process of writing, editing, and revision requires being obsessed with self-criticism—the leading quality for any depressed patient.

Nathan Bransford, author and retired literary agent says: I don’t find the act of writing to be a lonely one. There’s something about the concentration, the empathy required to imagine what characters think and do, and being immersed in another place that never makes you feel you’re actually by yourself. It’s comforting to have the control over an imagined world that we can never have in the real one.

But the act of writing is a solitary one, and the writing life forces you to shut off the outside world for long stretches of time. To complete a huge task like a novel you have to say no to outings with friends and time spent in the sunshine, and choose instead to chain yourself to your computer or notepad and stare at it for hours on end. And because you have to spend so much time writing, you might not leave enough time for friendships and fun.

Writing might not inspire loneliness, but the writing lifestyle definitely can.

The lack of social contact with friends, family, and running partners because  you are near your book’s due date, and the book is not completed; needing one more rewrite so you can “work’ that weak area in chapter seventeen; concentrating on the consistency of the “voice” all impede time necessary to get out of the chair and communicate with others. Loneliness is a feeling that seeps into your soul slowly, so that soon you might not even want, or think you need to be with others. 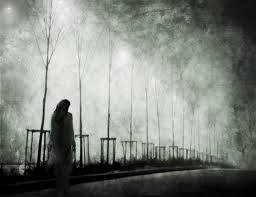