We’ve been settling in on the upper West Side now for over a month. I was commissioned to write a play for a new producer–the contract won’t let me announce it yet. 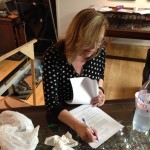 I am also working on a play reading in SF on August 4th, and perfecting the comedy short play, “Till the End” about Jo’s Survival Instinct who tries to talk him out of committing suicide. If any of you are in SF, come to Tides Theater, Monday at 7. My play, with several others, will be read. That doesn’t mean it will be produced, even though I’ll bring some props. The actors will simply read it, and the audience will share ideas about how and why they liked it, or otherwise. AND … I’m finishing up a Noir mystery novel, Moloch and the Angel, and close to being done. Whew.

But I thought I would share some of the pictures I took of NY. Really, these photos are sooooo NY.

They are mostly snippets of a long two-hour walk through the park. A carnival in the middle of a park seemed odd to me. Tayya, our lab/ getting some educated vibes from Robert Burns. 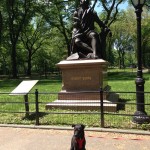 Then there’s the frustrated Mime. 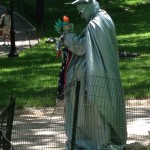 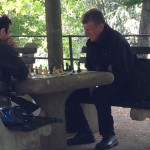 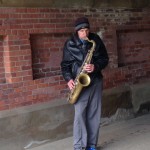 Collecting coins, and using the echo of the tunnel to attract customers. 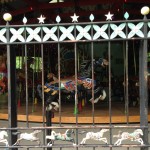 The famous Carousel where no two families spoke the same language. 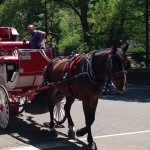 So many rides through Central Park, for so many years. 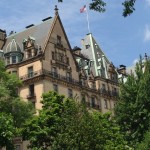 The famous Dakota apartment where John Lennon lived and died. Each apartment very unique in structure and design.

Mommy and baby classes near our apartment. 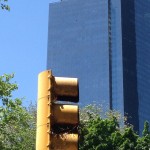 Flowers and birds plant themselves anywhere they can survive. 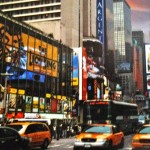 Near the lake where people row boats. And finally,

a bright end to a bright day.

Hope you enjoyed the show, folks.